Roberta Smith wrote in the New York Times obituary of Sari Dienes “As an artist, Mrs. Dienes had an innately experimental approach to materials and techniques and a lasting faith in the power of the found object. “Bones, lint, Styrofoam, banana skins, the squishes and squashes found on the street: nothing is so humble that it cannot be made into art,” she once said, and her work tended to prove her right”. She not only saw the extraordinary in the ordinary, she saw art in the ordinary – the everyday objects and discards. The year of her passing was 1992. In 2014, The Drawing Center presented Sari Dienes. This was the first museum show dedicated to her. While her art was widely exhibited and well–received at the time of its creation, her work had been largely overlooked in recent decades. This exhibition highlighted her practice and sheds new light on her legacy. Curated by Alexis Lowry Murray and Delia Solomons.

In the early 1950s, Sari Dienes used experimental processes to create bold works on paper, impressing into her pictorial support the gritty and vibrant terrain of New York City’s streets. Her transfer drawings of subway grates, sidewalks, and manhole covers produced images that were at once abstract patterns and highly recognizable subjects. Armed with an ink roller, she mapped her urban haunts as well as her body’s movement; uneven and ghostly skeins of pigment document her repetitive application of a standard-size brayer across the surface. Dienes placed drawing at the centre of her practice while simultaneously challenging traditionally held views about the medium. The eight works and associated ephemera included in this exhibition were produced between 1953 and 1955, the most intensive period of the artist’s process-based experimentation. These drawings had a profound formal, technical, and iconographic impact on a young generation of artists, including Robert Rauschenberg and Jasper Johns.

Sari Dienes (b. 1898, Debreczen, Hungary; d. 1992, Stony Point, New York), neé Sarolta Maria Anna Chylinska, studied art in Paris and London with Fernand Léger, Amédée Ozenfant, André Lhote, and Henry Moore. In 1939, Dienes travelled to New York; although she intended to stay only for a few weeks, the outbreak of World War II prevented her return to Europe. She made New York her permanent home and became an active contributor to its many avant-garde circles. She created figurative, surrealist drawings in the early 1940s, before her introduction to Zen Buddhism and the expanses of the American West, prompted a shift in her approach to art. Over the following decades, she tirelessly experimented with varied styles and practices from abstract expressionism and assemblage to Xerox, mail, and performance art. In addition to her work as a visual artist, Dienes was also a successful textile designer.

The Drawing Center is the only not-for-profit fine arts institution in the United States to focus solely on the exhibition of drawings, both historical and contemporary. It was established in 1977 to provide opportunities for emerging and under-recognised artists; to demonstrate the significance and diversity of drawings throughout history; and to stimulate public dialogue on issues of art and culture. 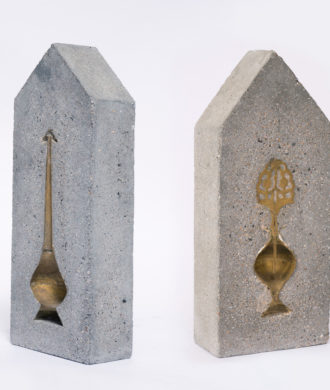 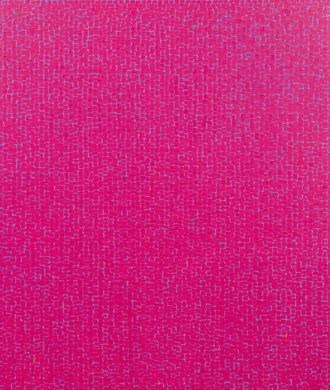