His work is ironic, witty, perhaps one can even connect satirical dots, but it begins with a simple linearity of thought – of the ideas and emotions he ponders over. It is an artist’s exuberant exploration of life as he experiences it, presented with his uniquely revised renditions. His work, in essence, like the soulful traveller, is all about the journey and not about the destination. With a trained eye, he marries his context with technique and texture. Like an obsessive explorer of ordinary curiosities, he picks idioms, stories, phrases, iconography, motifs. Aided with material, memory, intellect, and familiarity he curates sublime compositions.

His success is not just in his interpretation but in the unsaid interpretations – that of the audience. It is a strikingly endearing feature across his art wherein his meanings and your inferences might not align, but they viscerally co-exist with his linear dialogue. Like his untitled work depicting connections through concealment. Here, the traditional South Indian metal lamps and bells are buried partially in concrete.

Kumaresan Selvaraj states that here he looks at the eye of the mind which tricks you, and in spite of its concealment in concrete, its essence, form and function remains visible. You stretch this thought and it soaks in religious connotations, the rigidity of its ideology, the uneasy comfort of its familiarity. It is poignant! However, for the artist, it is not about religious artefacts but more about the easy access and exciting form these fixtures of his growing-up years provided. For him, this spiritual assemblage is a part of his traditional Indian home where they signify the normal way of life. So, within these layers of multiple interpretations lies his art that can mean so much to so many. At once yours as much as it is his.

On his process, the artist explained about the germination of an idea that crops from a point of contradiction. He then commits to realising that vision. His cettuku, meaning engraving in Tamil, is etched on paradoxes of flesh and bone. The corpse of the fish is filled with rhythmic indentations. The gaps of the engravings layer the flesh of the fish. There is enough context here to make you a believer in this artist. 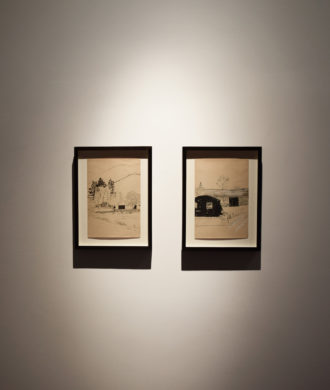 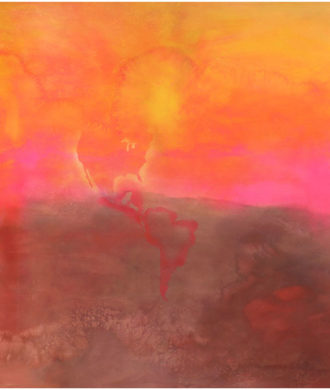 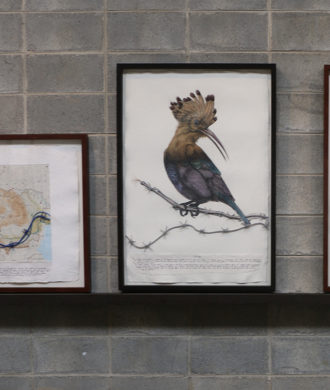